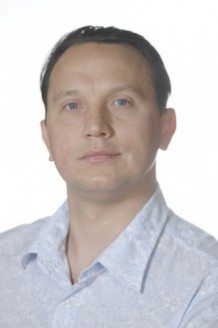 Laureate of the II prize of the international competition of vocalists named after Antonín Dvořák (Karlovy Vary, Czech Republic, 1999). In 2000 he graduated from the Odessa State (now - National) Academy of Music. Antonina Nezhdanova in the vocal class. He has been working in the opera troupe of the Odessa National Academic Opera and Ballet Theater since 1999. In the repertoire of the singer of the party Robert and Rotny ("Iolanta" and "Eugene Onegin" Peter Tchaikovsky), Morales and Duncairo ("Carmen" by Georges Bizet), Silvio ("Clowns" by Ruggiero Leoncavallo), Prince Yamadora ("Madame Butterfly") , Fiorello and Figaro ("The Barber of Seville" by Gioacchino Rossini), the Marquis d'Aubigny ("La Traviata" by Giuseppe Verdi), the Young Leader (musical fairy tale-opera "Snow White and the Seven Dwarfs" by Eduardo Kolmanovsky). Oleksiy Gruzin has toured with the Odessa and Chisinau Opera Theaters in Great Britain, Ireland, Switzerland and Qatar.