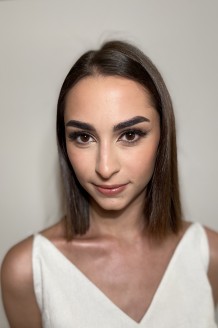 She joined the troupe of the Odessa National Academic Opera and Ballet Theater in 2018.

Since 2019 she has been a student of Kherson State University with a degree in classical choreography.