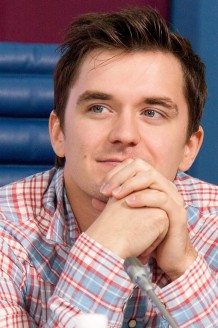 Born in Ukraine, in Donetsk on April 1, 1986. In 1995, he began his ballet training at the Vadim Pisarev School of Choreographic Skills in Donetsk. He graduated with honors in 2002 and since 2002-2004 he has been raising the level of skill in Germany in Stuttgart. from the well-known master of the whole ballet world P.A. Pestov. From 2004-2008 he began work at the Donetsk Academic Opera and Ballet Theater. A.B.Solovyanenko as a leading soloist. From 2008 to 2014 he worked as a leading soloist at the National Opera of Ukraine. T.G. Shevchenko in Kiev. From 2014 to 2015, the leading soloist at the Kremlin Ballet in Moscow. Since 2017, he has been a ballet dancer, leading master of stage, Odessa National Academic Opera and Ballet Theater. Performs leading roles in the following performances: "Don Quixote", "Sylphide", "The Nutcracker", "Sleeping Beauty", "Swan Lake", "Corsair", "The Vision of the Rose", "Spartacus", "Romeo and Juliet", " The Magic Flute "Scheherazade" etc. Awards and awards: