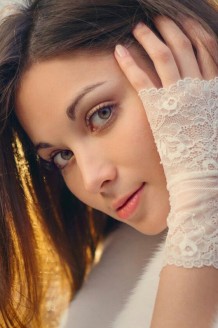 Graduated from the Faculty of Classical Choreography of the Odessa State School of Culture and Arts named after I. K. Dankevich in 2006, after which she was invited to the Odessa Opera and Ballet Theater. Later she entered the choreography department of the International Slavic University.