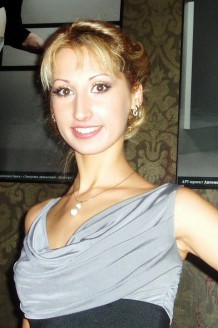 A graduate of the Odessa State Ballet School (1998), the Odessa State School of Culture and Arts named after I. K. Dankevich (2002) and the Kiev National University of Arts and Culture in the class of choreography and direction. Works at the Odessa Opera and Ballet Theater since 2001.

She toured in the United States of America and Germany with the programmes «New life» in 1997 and «Fire and water» in 2000.