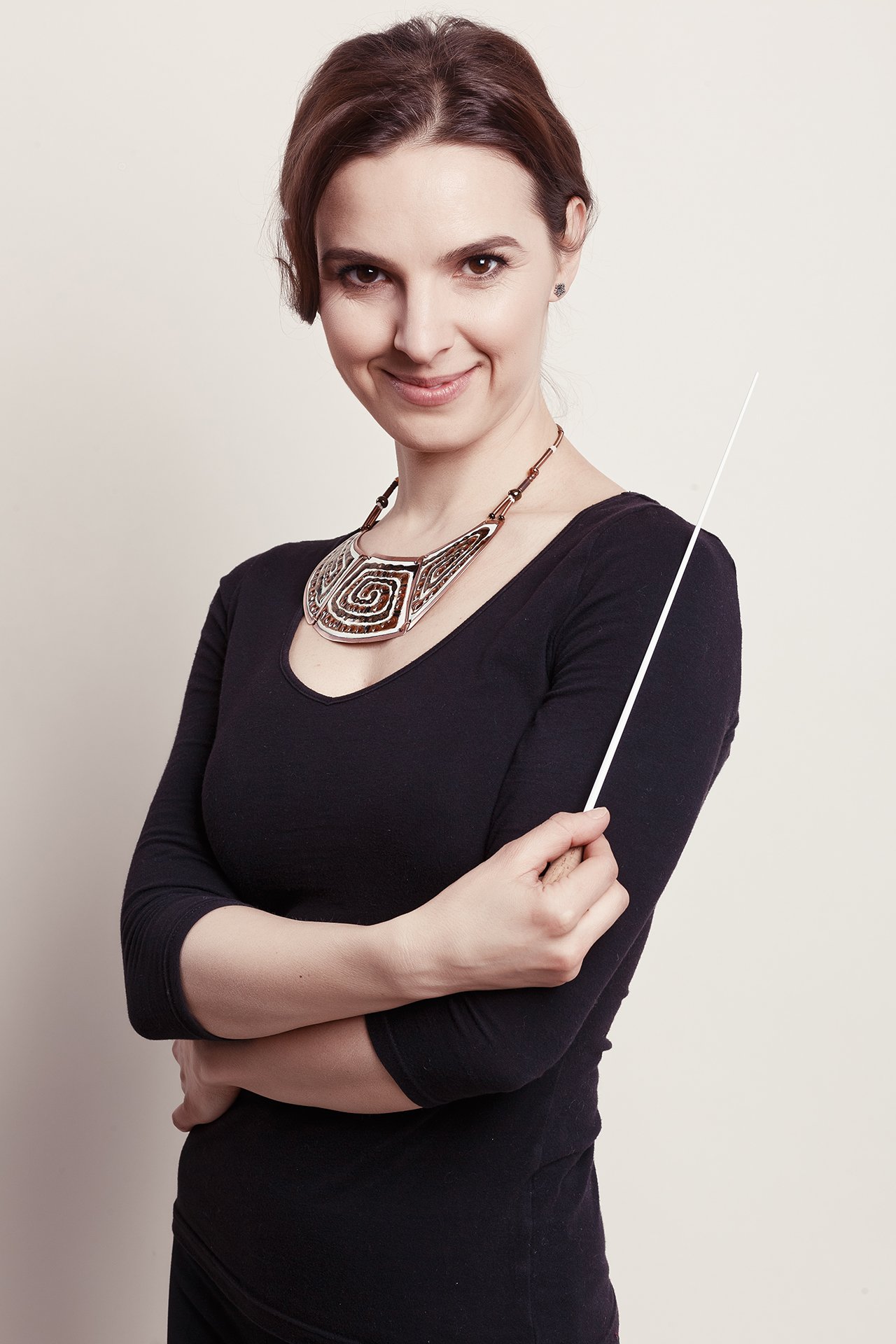 International conductor, Founder and artistic director of LvivMozArt Festival, Lviv (Ukraine), Founder, conductor and art director of the Youth Symphony Orchestra of Ukraine/YsOU. Is officially announced as the first female conductor in the history of the Bayreuth Opera Festival, with her debut production of "Flying Dutchman" as the opening of the festival 2021. In November 2020, Oksana Lyniv received the Opera!Awards as the best female conductor of 2020. 2017-2020 - principal conductor of the Graz Opera and the Graz Philharmonic Orchestra (Austria)

Celebrated for the extraordinary combination of precision and temperament of her conducting and the fascinating depth of her musical understanding, Oksana Lyniv stays in the focus of international attention and is one of the most prominent conductors of the younger generation. Since the beginning of the 2017/18 season, Oksana Lyniv had been chief conductor of the Graz Opera and the Graz Philharmonic Orchestra. With her inexhaustible creativity and unique artistic flair, she brought a new breath to the musical life of one of the most important Austrian cultural cities.

The most important debuts in Oksana Lyniv’s season 2019/20 were: with the Berliner Staatskapelle and with the Munich Philharmonic, with the Barenboim-Said Academy Staatskapelle Berlin in the Pierre Boulez Saal in Berlin, at the Berlin State Opera with operas "Medea" by L. Cherubini and "Die Magic Flute "by W. A. Mozart, also new production of “Aida" by G. Verdi in the historical complex The Temple of Hatshepsut in Luxor (Egypt); New productions of the operas “Don Carlos” by G. Verdi, “The Passenger” by M. Weinberg (regardfully, the premiere were postponed due to COVID-19) and S. Prokofiev's ballet “Cinderella” at the Graz Opera (Austria); and internationally celebrated return to the Bavarian State Opera with musical direction of the new production „Judith” with Bartok's Concert for the orchestra and his opera "Bluebeard's Castle".

In the next season 2020/21, Oksana Lyniv is expected to make her debut at the National Opera of Paris and the Frankfurt Opera, productions at the Stuttgart State Opera and the Theater an der Wien (Vienna), as well as collaboration with the Karajan Academy of the Berliner Philharmoniker and the Vienna Radio Symphony Orchestra, as well as revival of “Judith "at the Bavarian State Opera.

Her international career took off in 2004 when Oksana Lyniv won the Third prize at the Gustav Mahler International Conducting Competition in Germany. From 2008 to 2013 she worked at the Odesa National Opera. From 2013 to 2017 she worked as musical assistant to the GMD Kirill Petrenko and as a conductor at the Bavarian State Opera in Munich. With great success she has conducted the revivals of Donizetti's "Lucia di Lammermoor" or R. Strauss’ "Ariadne von Naxos", as well as new productions, including Britten "Albert Herring" and Boris Blacher "Die Flut"; For the new productions of the chamber opera by Paul Ruders "Selma Jezkova" and Rossini's opera "Le Comte Ory" she was awarded the Bavarian State Opera Festival Prize and the title "Star of the Year 2015" in the category "Classic".

Parallel to her international career, Oksana Lyniv is passionately committed to the development of classical music in Ukraine, thus playing an important role as one of the most important figures in the cultural landscape and is considered the cultural ambassador of Ukraine to the world. For this she was awarded several titles, such as the honorary ambassador of the city of Lviv, as well as with numerous Ukrainian awards: the medal "For Intellectual Courage" from the magazine "Ji", "People of Lviv" (2017), "People of modern times" (2017), "BOOM Awards 2018"; For her international projects she was rated "100 Most Influential Women of Ukraine" by the magazine "Focus" and "Top 100" by the magazine "NV" (2019).

She is also a laureate of the renowned TREBBIA International Award in the nomination "For Art Activity" (Czech Republic, 2019), received the status "Star of the Year 2015" in the nomination "Classics" and a prize from the Munich Opera Festival, two years in a row she was nominated in the category "Art" by the magazine Die Steierin (2018-2019, Graz, Austria).

In 2016 she initiated the founding of the LvivMozArt International Classical Music Festival in Lviv, Ukraine, and has been leading it successfully ever since. Also in 2016, on the initiative of Oksana Lyniv was founded the Youth Symphony Orchestra of Ukraine / YsOU - the first and only youth orchestra in Ukraine that unites talented young people from all over the country. The orchestra has developed into a powerful platform to support young musicians from all regions of Ukraine and has performed brilliantly in Bonn (Beethovenfest Bonn), Berlin (Young Euro Classic) and Bayreuth (Bayreuth Youth Artist Festival), Graz (Musikverein Graz), Lviv (LvivMozArt Festival) and Kyiv, thus having already gained international recognition.