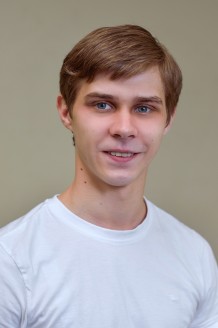 He graduated from Kiev Choreographic College in 2009. From 2008-2011 he worked at the Donetsk Opera and Ballet Theater. With the troupe of the Donetsk theater went on tour to America, Germany, United Arab Emirates, Norway and Japan