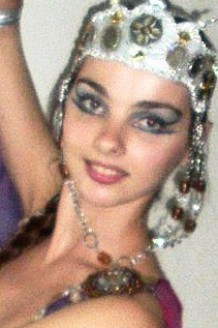 A graduate of the Odessa State Ballet School, Odessa State School of Culture and Arts named after I. K. Dankevich (teacher - People's Artist of Ukraine M.V. Petukhov). She was hired at the Odessa Opera and Ballet Theater. Graduated from Kiev University of Culture and Arts, Faculty of Modern and Classical Choreography. In 2008 she received a bachelor's degree in choreography with honors, and in 2009 she received a master's degree in choreography with honors. As part of the troupe of the theater she toured in France, Portugal, Spain, China. Performed the parts: Also dances in choreographic scenes in operas: