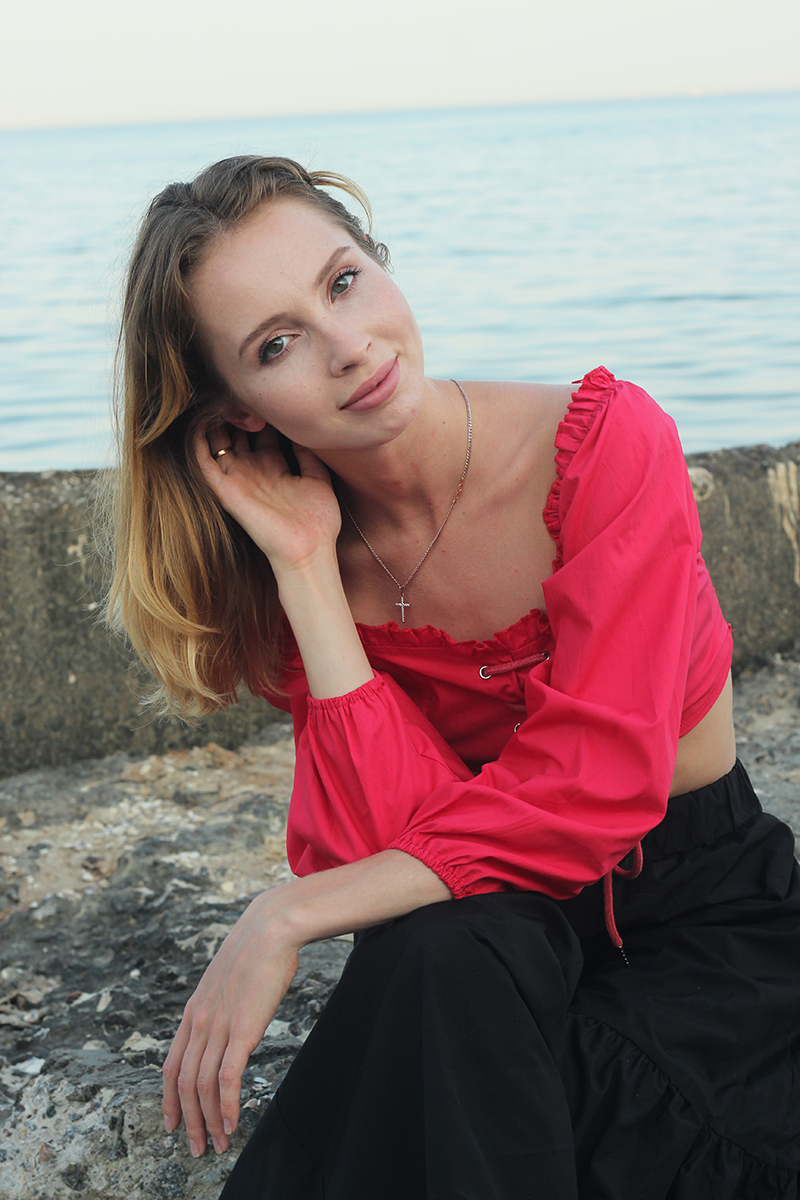 Diploma-recipient of the international competitions "Crystal Shoe", "Thought-Stream", "Serge Lifar". Grand Prix of the International Competition "Odessa Pearls" Graduated from the Odessa Ballet School (class of I.A Buksha, T.A. Chernaya), as well as the Odessa State School of Arts and Culture named after K.F. Dankevich (class of Rogozina N.A.) in 2015. In the same year she was hired by the Odessa National Opera and Ballet Theater.   Performed the parts: