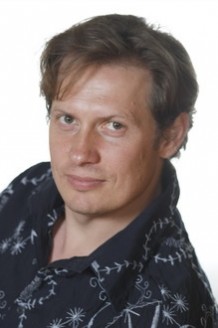 Winner of the third prize at two international vocal competitions in Karlovy Vary (2002 and 2005), holder of a diploma and a special prize at the XVIII International Music Festival named after Leonida Sobinova (Saratov, 2005), scholar of the Nikolai Ogrenich Prize (2005), diploma-recipient of the International V.I. Elena Obraztsova (St. Petersburg, 2005). Graduated from the Odessa State (now - National) Music Academy. Antonina Nezhdanova in 2003. She has been working at the Odessa Opera and Ballet Theater since 2002. Performs parts: Has toured in Germany, Switzerland, Estonia, Romania, Great Britain, Ireland, Cyprus.
"Cossack beyond the Danube" by Semyon Gulak-Artyomovskiy:
Andrey
"Madame Butterfly" by Giacomo Puccini:
Pinkerton
"La Boheme" by Giacomo Puccini:
Rodolfo
"Tosca" by Giacomo Puccini:
Cavaradossi
"Turandot" by Giacomo Puccini:
Pong and Emperor
"La Traviata" by Giuseppe Verdi:
Alfredo
"Rigoletto" by Giuseppe Verdi:
Duke of Mantua and Borsa
"A Masked Ball" by Giuseppe Verdi:
Amelia’s servant and Judge
"Eugene Onegin" by Pyotr Tchaikovsky:
Lenskiy
"The Queen of Spades" by Pyotr Tchaikovskiy:
Chekalinskiy, Chaplitskiy , Master of ceremonies
"Emerald City" set to music by different composers:
The Scarecrow