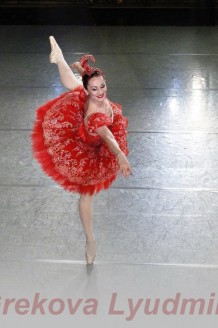 and all parts in the corps de ballet.