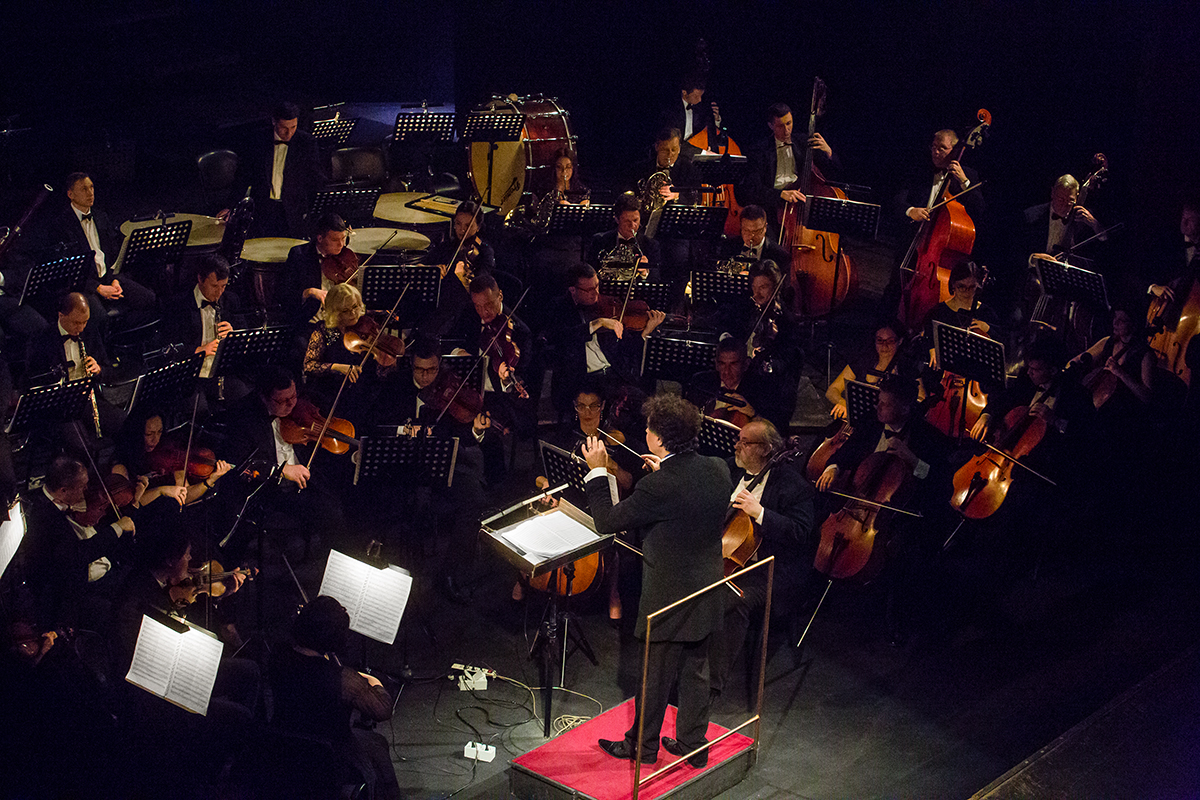 Concert with the works by Beethoven, Strauss and Brahms 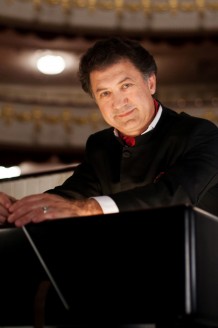 Overture to the opera Fidelio, Op. 72c
Performed by a theater orchestra

Johannes Brahms
Concert for violin and cello and orchestra, in A minor, op. 102
Performed by: accompanist of the Israeli Philharmonic Orchestra Ilya Konovalov (violin), Alik Lysyuk (cello), orchestra of the theater 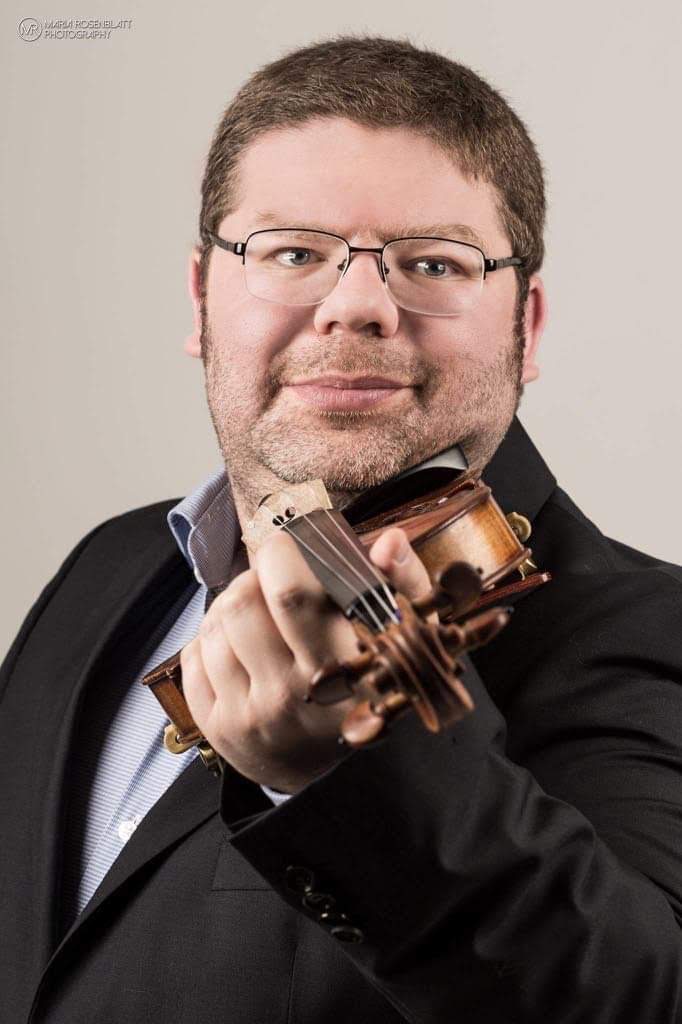 Ilya Konovalov was born in Novosibirsk in a musical family. His grandfather, Isidor Arkadevich Zak, was the first chief conductor of the Novosibirsk Opera and Ballet Theater. The first teachers of Ilya Konovalov were the legendary Zakhar Bron, whose students more than 100 times became winners of major international competitions, and Professor Alexey Gvozdev. Ilya Konovalov continued his studies at the Vienna Academy of Music with Professor Dora Schwarzberg.

Even while studying in Novosibirsk, Ilya became the laureates of the All-Russian Competition for Young Performers and the International Competition of Violinists named after Venyavsky. And then there were concerts in Russia, Europe, Brazil, Indonesia, Korea, Japan. He collaborated with such high-class groups as “Moscow Virtuosos” by Vladimir Spivakov, “Musica Viva”, St. Petersburg Chapel, Israeli Philharmonic Orchestra, orchestras of the Netherlands, Israel, Switzerland. Ilya performed with world-class stars such as Zubin Meta, Yuri Bashmet, Maxim Vengerov, Dora Schwarzberg, Misha Maisky, Alexander Rudin and others. When Ilya was only twenty years old, he won the competition for the position of accompanist of the Israel Philharmonic Orchestra under the direction of Zubin Meta. In addition, for five years, Ilya was a guest accompanist at the Mariinsky Theater Orchestra conducted by Valery Gergiev in St. Petersburg.

Since 2006, Ilya has been teaching the violin class at Tel Aviv University.

The violin played by Ilya Konovalov has its own amazing story. Made by the great mother Antonio Stradivari in 1732 and named “Hercules”, from 1895 the violin became the property of the famous Belgian violinist, conductor and composer Eugene Izai. During a concert at the Mariinsky Theater in St. Petersburg, the violin was stolen. The fact is that Izai preferred to play the violin by Guarneri, as he believed that it was more suited to his temperament, and the Stradivarius violin lay in the dressing room as a spare. Since 1908, Hercules was considered lost forever. In 1925, the violin was discovered in a Parisian shop. From 1925 to 1960, the owner of the violin was the chief conductor of the Boston Symphony Orchestra, Charles Munch, and from 1962, the Polish violin virtuoso Henryk Schering. In 1972, Izai presented her favorite violin to Jerusalem so that the accompanist of the Israel Philharmonic Orchestra, which Ilya Konovalov has been playing for more than 20 years, has presented it. 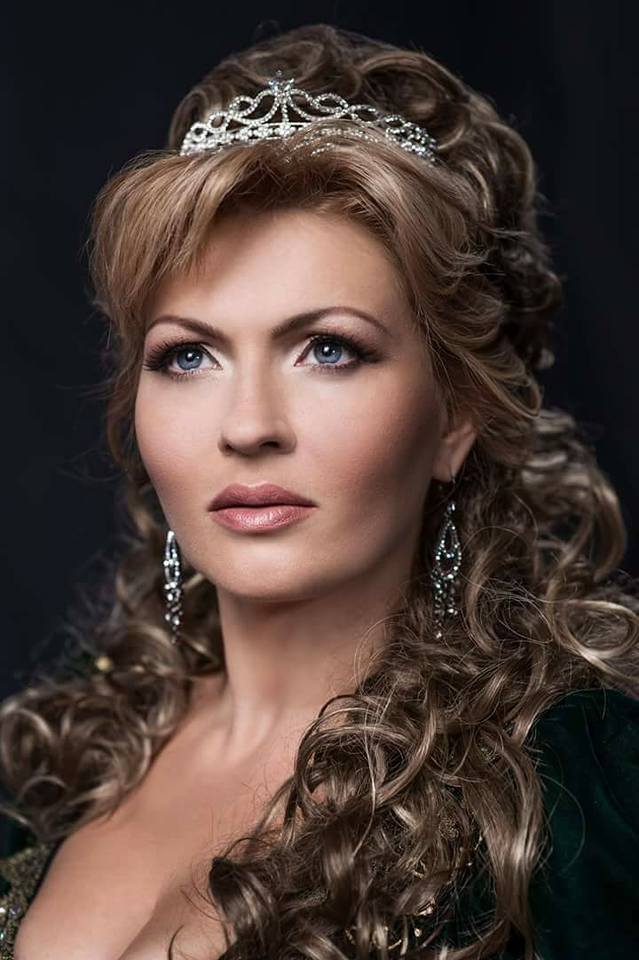 Natalya Pavlenko – winner of a gold medal and a special prize of the international vocalists competition named after Harikley Darkle (Romania), laureate of the 1st prize of the Antonin Dvořák International Vocal Competition (Karlovy Vary, Czech Republic) and the 3rd prize of the International Music Competition Nikolay Lysenko (Kiev). Graduated from Odessa National Music Academy. Antonina Nezhdanova in the class of solo singing, as well as performing graduate school. Since 2011 he has been working in the troupe of the Odessa National Academic Opera and Ballet Theater.

During 2003 – 2009, the singer participated in the concerts “Young Opera Voices of Ukraine” at the National Opera of Ukraine (Kiev), in opera concerts in the Prague, Warsaw Opera and the Donetsk National Opera and Ballet Theater. He closely collaborates with the Odessa Chamber Orchestra under the direction of Honored Artist of Ukraine Igor Shavruk and the National Philharmonic Orchestra under the direction of Hobart Earle. Has toured in the Czech Republic, Poland, France, Italy, Luxembourg, Germany, Romania, Serbia.

Lecturer in the department of solo singing of the Odessa National Music Academy named after Antonina Nezhdanova. 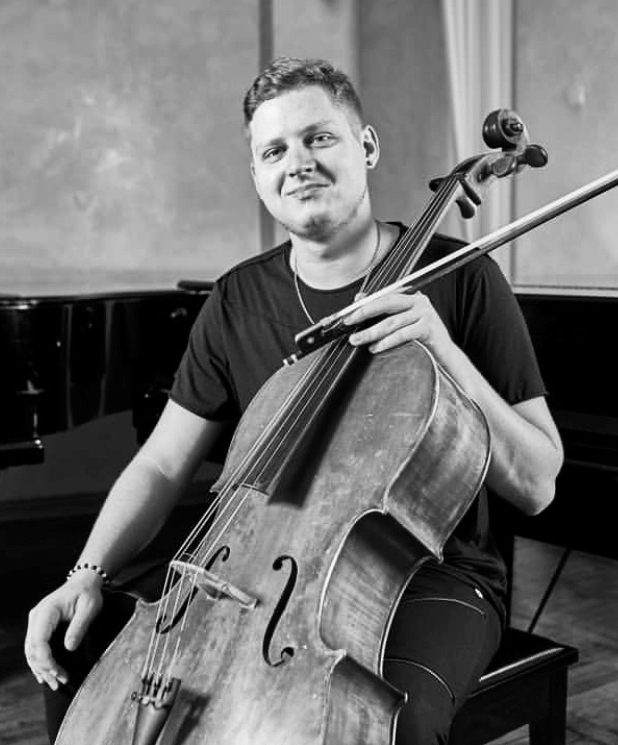 In 2000 and 2002, he participated in concerts under the patronage of the President of Ukraine and won the diploma “Young Hope of Ukraine”.

The musician has performed with many orchestras in different cities of Ukraine and Europe, including Switzerland, Germany, Austria, Hungary, Poland, Russia, Moldova. He is a member of many chamber and symphony projects in Europe.

He collaborated with such conductors as A. Samoile, I. Becker, I. Shavruk, V. Moldovanov, N. Ponomarenko, S. Burko, B. Weil, A. Kurkov, D. Manassi, M. Balan, O. Lyniv.

Since 2011 he has been working in the orchestra of the Odessa National Academic Opera and Ballet Theater. Since 2012, she has been teaching at the Odessa Secondary Special Music School named after P.S. Stolyarsky.

With the participation N. Pavlenko, I. Konovalov (violin), O. Lysiuk (cello), orchestra of the theatre