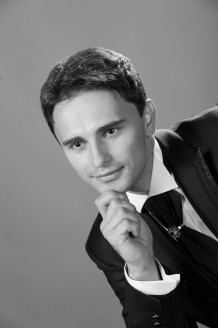 2011 to 2017 worked as a leading soloist of the Odessa Academic Theater of Musical Comedy named after Mikhail Vodyanoy, where he performed about 20 parts, including: Alfred (Strauss “The Bat”), Rossillon (Lehar “The Merry Widow”), Raoul (Kalman “Violet of Montmartre”), etc.

In 2015 he made his debut at the Odessa National Academic Opera and Ballet Theater as Jose (Bizet “Carmen”). He has toured in Poland, Czech Republic, Germany, Italy.