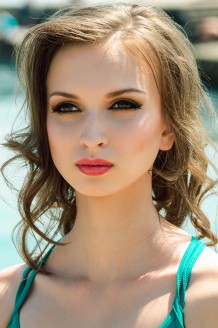 Graduated from the Donetsk school of choreographic skills of Vadim Pisarev. Since 2011 she has worked at the Solovyanenko Donetsk National Academic Opera and Ballet Theater.   In 2012  joined the Odessa National Academic Opera and Ballet Theater. Laureate of the III prize of the competition. Serge Lifar (2011). Performed the parts: Has toured to Spain, Italy, Holland, Poland, China, Belgium, Japan, Norway, Japan.