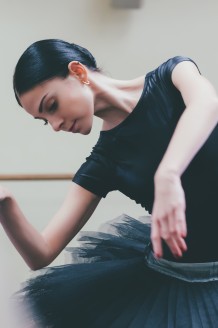 2nd prize winner of the International ballet competition in Astana (2016).

Pride and beauty of Ukraine, 2019. Contribution to art.

Graduated from the Aleksander Sokolov state choreographic school in Dnepropetrovsk. In 2007 entered the International Slavic University.

Has been working at the Odessa National academic opera and ballet theatre since 2013.