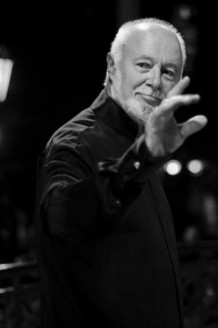 In 1960 he graduated from the Odessa Music School named after Peter Stolyarsky, in 1968 - Odessa State Conservatory (now - Odessa National Academy of Music) named after Antonina Nezhdanova. From 1970 he worked at the Odessa State Academic Opera and Ballet Theater. From 1977 to 1980 he was the first director of the newly created Krasnoyarsk Opera House. In 1980 he returned to the Odessa State Academic Opera and Ballet Theater to the position of chief conductor. In 1986 he organized and headed the Odessa Chamber Orchestra. He worked with the National Ballet Symphony Orchestra in London, was the principal conductor of the Moscow City Ballet, conducted the Budapest Opera Orchestra, the Radio Israel Orchestra, the Brno Opera Orchestra, and orchestras in Great Britain and Brazil.